How Revision Brings Us Closer

Posted on July 5, 2013 by Lindsey Crittenden

This first Friday in July, I’m thrilled to offer a guest post by my friend and colleague Monica Wesolowska. Her memoir, Holding Silvan, will blow you away.  And she’s got some nifty insights here, too. 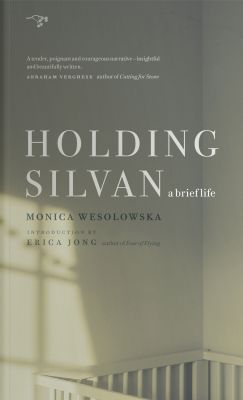 At a recent reading from my memoir Holding Silvan, a friendly young man in the audience asked how I’d managed not to be angry or bitter in the book about the people who’d failed me while Silvan was alive. I had to laugh. I could have said the memoir just came out like that because I’m naturally a lovely person, but catching my eye from the second row was Lindsey Crittenden. Lindsey’s in my writing group.  She read my rough draft.  She and I both know it wasn’t that easy.

Holding Silvan is a love story, one that I couldn’t write for years. Silvan was my son. He was a beautiful baby—physically perfect with his olive skin, long lashes—but he was severely brain-damaged during birth. My husband and I chose to remove him from life support and let him live his brief life in our arms. It was an agonizing loss, but a beautiful death. That is the raw material, the true story, upon which my memoir is based.

For years, Silvan’s story remained just that: a private memory. Sure, I talked about Silvan to the people in my life. And I had the diary I kept while he was alive. But those versions seemed too raw, too sad, too angry for strangers. When the story did come popping out, a terrible silence usually followed as if I’d given, as they say, too much information. And that only made me sadder and more angry.

So what compelled me to make the leap from personal to public story, to reveal all to strangers? As a writer and a mother I suppose I felt that Silvan’s story belonged in the world. We never could have made the choice we did alone. And I wanted to test it again, to ask ourselves these questions: Did we really love Silvan well? Was his death a “good death” for him as well as us? And would revealing the hidden story of choosing to let our son die really benefit the living?

One day I was ready. Eight years had passed when the rough draft rushed out. With the strength of distance from my story, I sat tight as Lindsey and my writing group went through that first draft line by line. They teased me for writing about Silvan as though he were the most beautiful baby ever. They chastised me for writing as though I’d behaved better in crisis than anyone on the planet ever had. They questioned me as a narrator, someone who’d been changed enough by my own story that I had the wisdom to come back and tell it. They did all this by crossing out a word here, a word there, asking me to be more and more specific.

OK, so maybe they weren’t really teasing or chastising, but it felt that way.  At first.

Writing is a solitary act, but language itself puts us into communion with others. The more closely I worked with my own language, the wider my world became. And that, I told the young man in my audience, is one of the gifts of writing. I wrote myself right into compassion. I saw how closed we all can be. And I realized the power in my story was less my grief and rage and more my love. Here, my book says, is Silvan. You can hold him. Come on. Don’t hesitate. Now’s your chance. Hold him the way we’d all like to be held in the end.

3 Responses to How Revision Brings Us Closer